I’m participating in the Dominion Online tournament again this year. I didn’t post about Round 1 this year, but here are Round 1 and Round 2 from last year.

For each of the 4 games, I provide the kingdom, and the puzzle is to guess the most valuable cards on the board (before looking at the spoiler), i.e. which cards are most important to the best strategy. For reference, a list of all Dominion cards can be found here. 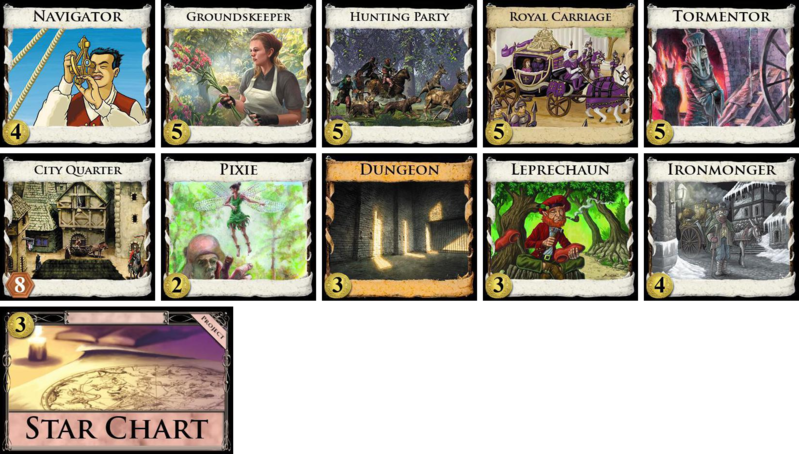 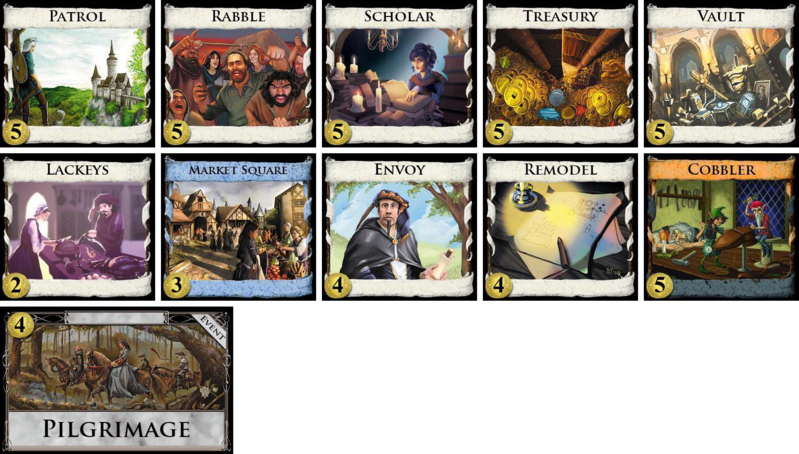 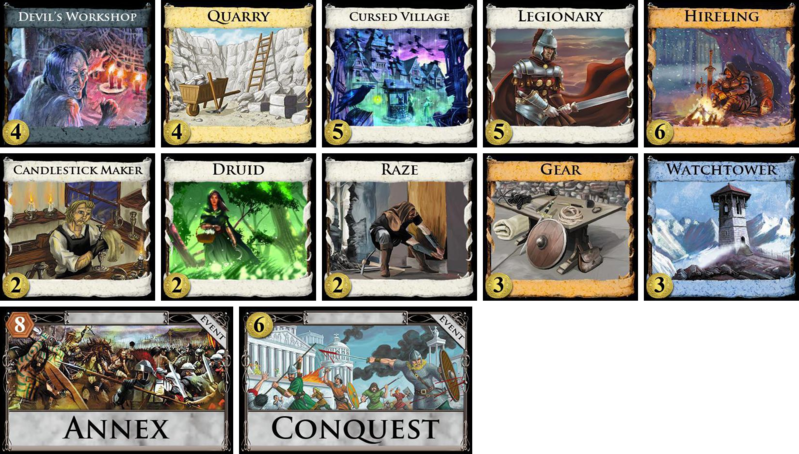